Continuing my trek through last years photos, I came across a rather cold day we spent at Kenilworth Castle in Warwickshire, one of our favourite places as we used to live just over half an hour away.  Despite the weather and the muddy wellies, it was still a great day.

Kenilworth began life as a Norman Keep in the time of Henry I (1120 or so) and became a royal castle under Henry II. Over time, it was built up into an island stronghold able to protect Henry III (though it is no longer surrounded by a mere or lake). With each monarch, it changed. This can be seen in the Tudor Stables (which now house a rather tasty tea room) and the Elizabethan Gatehouse. The Gatehouse was built by Robert Dudley as a place for Elizabeth I when she visited. Walking around, it’s interesting to see the changes and imagine what it was like during so many key periods in my country’s history.

Kenilworth is a great place to have a picnic as there is plenty of space for lazing on the grass. On previous visits we’ve been lucky enough to catch a demonstration of Elizabethan dancing and music, which our daughter loved, or battles between Saint George and the Dragon.  There’s also lots of fun to be had climbing the battlements and visiting the house before walking around the walls.
After a couple of hours, and a stop at the coffee shop for a cream tea (because it wouldn’t be a trip to a historical site without a pot of tea and a scone), the sky started to come in dark and the chill in the air turned bitter, meaning it was time to go home.

If it hadn’t, we might have risked the 30 minute round trip to Pleasance, site of an island retreat built by Henry V, or 10 minute walk to Kenilworth Priory, the remains of an Augustinian monestry founded in 1124. About the same distance away is a great park for kids (with the added attraction of an ice-cream shop) – all good for summer visits, when no doubt we’ll be back!
Hopefully, my dreary photos won’t put you off.  Here’s one (courtesy of Angela Tuff [CC BY-SA 2.0]) from a much brighter day… 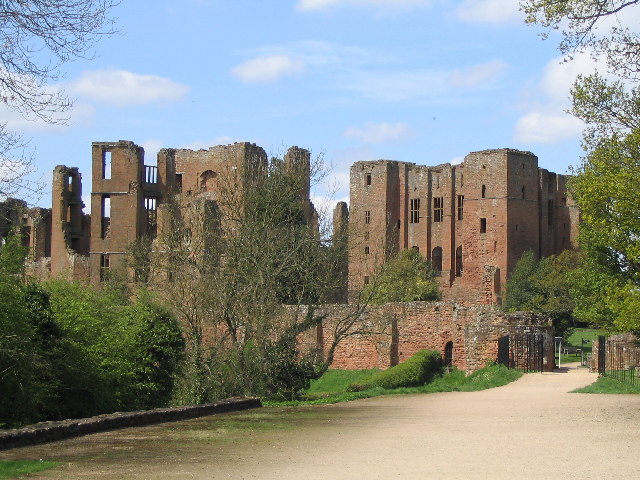